Did you ever see your printer come to life?

Well, this happened to George... 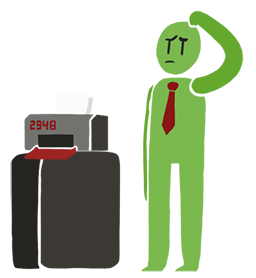 George and the Printer is a point and click game made by Eloïse Zirotti and Robin Six. It only takes around 10 minutes to play, so feel free to give it a try and share your feedback!

Love your game! Reminds me of the flash games era.

is it possible to wait for the printer to finish?

one question, is the photo ok?

You mean the dog photo?

I love this so much! I love how fun and charming it is, it reminds me of the old stickman games back in the day. Simply amazing, thank you so much for this!

That was really funny, great job))

this game is great and I love the part when the picture gets broken and George throws the computer at the printer! 10/10

this was ridicously fun, great job developers. The story was awesome. I loved throwing things at the printer

What a fuck! It's awfully good, bro!

So cute, good job! The animation is really smooth too

i love this game so much

Now THAT was a game I enjoyed playing. Glad I didn't take a look at the snapshots before I played, so that I could enjoy every second ;)

I don't normally comment on games, but I have to say because of your originality, I made an exception. It was very fun and completely different from anything I have played! Keep up the great work, you are going places!

That's a serious waste of paper

Not to sound dumb...but....I don't know what to do with the phone numbers. I've multiplied, subtracted, added, hell Im pretty close to trying division. What am I doing wrong? -EDIT--I have been announced straight stupid after seeing a youtube video and just straight inputting number.-

Well, to be fair, we may have written the numbers in a strange way. I've been looking at some people trying the game and do some calculations before figuring out that's not the point.
So that's not you being dumb! Hope you still enjoyed the game :)

Hilarious, I can relate to it on a spiritual level

I liked it when George started throwing everything.

What a great, but short, little game! I've enjoyed it to the last second.

Haha, now I'm curious, how much time did it take? :D

about a week, though it appeared to not run at full speed when the tab wasnt opened, so it took considerably longer than it should have, i believe it should only take about 8 1/2 hours if left running on its own, but i didnt want to risk not being there in case there was an easter egg

Jesus Christ, well I'm sorry there was none haha

dont worry, it didnt take that much of my actual time

Reply
that agender person106 days ago(+1)

Broooo!! I loved this game. The art style is very good, and the animations are very funny. I wish it was longer and had more elaborate puzzles, I hope you do in the future! Good luck.

Not me trying to call the printer.

It was fun btw. Good job!

Haha, we always love it when people find out our little easter eggs :D

I'm a hunter after all, hehe 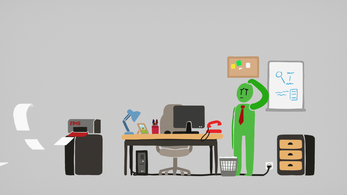 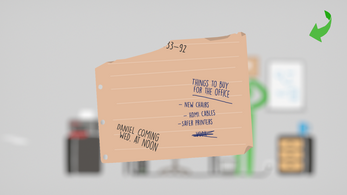 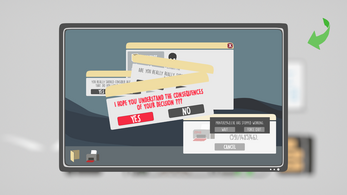 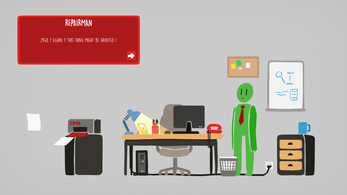 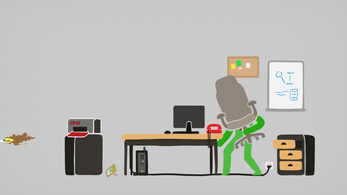